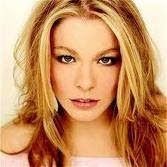 
Well, it all started like this. Country singer LeAnn Rimes – whom for some reason was considered American’s sweetheart – met this guy and started getting it in on their Life Time movie set doing the bump and grind with him.

So, Ms. LeAnn eventually dumps hubby, and Eddie Cibrian dumps wifey, and he and LeAnn hookup for real.

And for some really strange reason, everyone cares. There was a firestorm in the media about the whole affair, so much so that LeAnn felt the need to issue a statement saying that she and her husband had married too young, and they’d grown apart.

So okay, Wendy Williams talked about the affair on her show, and said that LeAnn was wrong for stepping out on her marriage; and that if the marriage was falling apart, she should have gone on and divorced hubby instead of cheating.

She also took issue with LeAnn referring to the new guys kids as her own.

For some reason Wendy took those as fighting words, and she’s tweeting for people to tune into her show on Monday, because she has some choice words for Ms. LeAnn.

LeAnn Rimes, really? You didn’t know better than to get into a war of words with Wendy Williams?

Can anyone say, Whitney Houston? 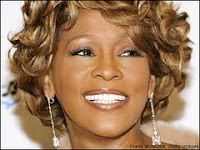