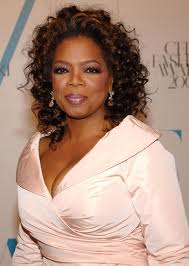 (All I can say is "Wow!" I know there's a producer at Oprah who may be in danger of losing his/her job!)

By Sam Wood
INQUIRER STAFF WRITER
Most writers would sell their souls to have their work spotlighted by Oprah Winfrey.
After all, Winfrey's endorsement can make stars out of unknowns. When featured on her syndicated talk show, books rocket to the top of the best seller lists.
So it comes as a bit of surprise to learn that one Philadelphia writer is suing Oprah, claiming that she read selections from a booklet he penned a decade ago.
Charles Harris, in a suit filed this week in U.S. District Court, says Oprah recited selections from his work last year without permission.
He also claims Winfrey - who is widely regarded as having more power to increase sales than any other media personality - neglected to credit him or mention the booklet's title.
Harris says Winfrey's unauthorized use was "deliberate, willful, malicious, oppressive and without regard to [his] property rights."

Grandmother Arrested For Attempting to Sell Infant for $30,000.00 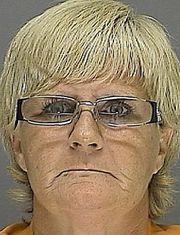 A Florida woman was arrested earlier this week for trying to sell her 8-week-old grandson. Ironically, the person she was trying to sell the baby to was a biological daughter of hers whom she had given up for adoption.

Patty Bigbee, 44, was arrested in a Dayton Beach parking lot where she and her boyfriend, Lawrence Works, went to complete the transaction and turnover the infant baby boy. Works was also arrested and charged with being a principal in the illegal sale of a child.

The child's mother knew about the attempted sale, and was supposed to get part of the illegal adoption money in order to buy a car, according to investigators.

Read more »
Posted by Karen E. Quinones Miller at 1:15 AM No comments: