You'd Believe In Conspiracies, Too! 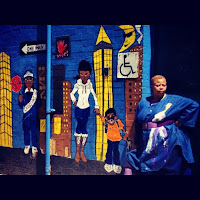 Dear White Folks who are my friends, my enemies, people I bump into in the street, strangers whom I hear talking at bus stops…
If I hear one more of you say Black people believe in too many conspiracies, I am going to take my baseball bat and bust you over the head, then take out my knife and cut off your fingers and toes, then I'm going to take my Uzi --  that I have not yet bought -- and shoot you in the head.

It's not that we are so much more paranoid than you guys, it's just that history has taught us that you guys have a history of conspiring against us!

* Tuskegee syphilis experiment -- almost 40 African-American men who had syphilis treatment, and thought they were being treated… and white doctors let them believe so do they were actually not being treated…so that they could see effects of long-term syphilis would have on people.
*  Dr. James Sims -- who said he experimented on African-American slaves without anesthesia because he thought that African-Americans could not feel pain. Freaking lie! He knew they could feel pain as some of his own writings proves…"Lucy's agony was extreme. She was very much prostrated, and I thought she was going to die."

* President Ronald Reagan administration allowed drug traffickers to dump drugs in some of Los Angeles' poorest neighborhoods in order to get their help in funding arms to the Contras in Nicaragua.
* President Richard Nixon's declaration of war on drugs:
From the recent explosive article in Vanity Fair written by Richard Baum.
"At the time, I was writing a book about the politics of drug prohibition. I started to ask Ehrlichman (Richard Nixon's domestic policy chief) a series of earnest, wonky questions that he impatiently waved away. "You want to know what this was really all about?" he asked with the bluntness of a man who, after public disgrace and a stretch in federal prison, had little left to protect. "The Nixon campaign in 1968, and the Nixon White House after that, had two enemies: the antiwar left and black people. You understand what I'm saying? We knew we couldn't make it illegal to be either against the war or black, but by getting the public to associate the hippies with marijuana and blacks with heroin, and then criminalizing both heavily, we could disrupt those communities. We could arrest their leaders, raid their homes, break up their meetings, and vilify them night after night on the evening news. Did we know we were lying about the drugs? Of course we did."

3. Myriad of shootings by police of unarmed blacks (especially black men!) who police say they feel threatened by, and we're backed up by other police officers:
* Can we just agree that there are just simply too many examples to list?

Bottom line: White people… Stop talking about why Blacks are so willing to believe conspiracy theories.
Try walking a mile in our shoes before criticizing us for complaining about our feet hurting!

P.S.  even though I'm sick of giving examples of conspiracies that have been proven true, anyone wanting to contribute more please feel free to do so in the comment section! 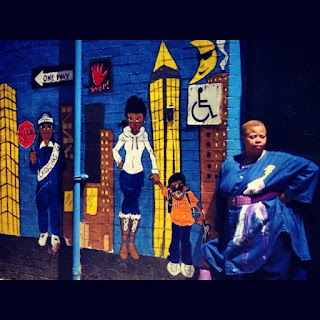 Posted by Karen E. Quinones Miller at 2:29 PM No comments: