“The media's the most powerful entity on earth. They have the power to make the innocent guilty and to make the guilty innocent, and that's power. Because they control the minds of the masses.”
Malcolm X 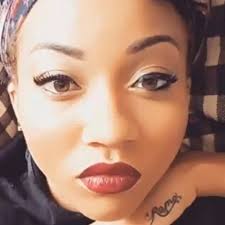 Who was Korryn Gaines, the 23-year old woman who was shot and killed by Baltimore County Police on Monday, after a six-hour standoff? An incident that also resulted in her 5-year old son also being shot, though he’s reportedly in fair condition.

I know the media is portraying her as some mentally deranged woman with brain damage due to lead poisoning who both hated and wanted to kill police, but who also had a death wish.

In a story posted by the Baltimore Sun, the reporter wrote about a 2012 lawsuit which Gaines had brought against two landlords because of her being exposed to lead paint. According the Sun, the suit – which is still pending – claimed the exposure lowered Gaines’ IQ and went on to say that because of the paint Gaines had issues with “anger and impulsive behavior.”

Tuesday night, Fox News host Megyn Kelley of the Kelley Files said on her show: “There is a question about her mental state . . . Police would not confirm whether she had a history of mental issues.”


On Wednesday, The Washington Post – without giving any context – said Gaines “followed the rapper David Banner, who released a video called ‘Black Fist’ in which a police officer is tied up, beaten bloody and stabbed.”

Of course all the media also detailed the facts in the case; most of which was given to them by police authorities.

ACCORDING TO POLICE at about 9:10 Monday morning, two police officers knocked on Gaines’ apartment door to serve arrest warrants on her and her 39-year old boyfriend, Kareem Courtney. No one answered but police could hear movement and voices, so they obtained a key from the apartment management office. After they unlocked the door they could still not gain entry because of an interior chain . . . but through the space they saw Gaines holding a gun which she then pointed at them. It was at that point they retreated further into the hallway and called in for backup.

ACCORDING TO POLICE Courtney left the apartment with a one-year old girl, and was arrested.

ACCORDING TO GAINES’ MOTHER she arrived on the scene and asked police to be allowed to speak to her daughter. She was turned down.

ACCORDING TO POLICE they contacted Facebook, and asked them to suspend Gaines’ Facebook and Instagram accounts as she was trying to livestream the events as they unfolded, and some of her followers were egging her on.

ACCORDING TO POLICE at that point an officer (it’s not clear if it’s the one she whom allegedly threatened or not) fired one round at Gaines.  Gaines fired two shots back at the police, who then fire three shots in her direction – one of which kills her.

ACCORDING TO POLICE when the officers then enter the apartment, they find that Gaines’ 5-year old son has also been shot. He was rushed to the hospital. Police say they don’t know if he was shot by Gaines or them.

How does a lawsuit, lead paint, mental illness, or the name of a rapper whom Gaines followed on 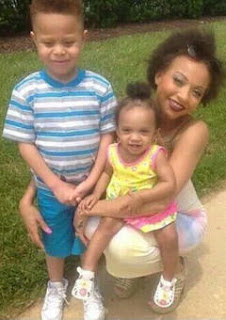 Instagram, fit into the story? What does the videotape she posted of her traffic stop in March have to do with her death on Monday? She didn’t point a gun at the police then.

Well, some might say the media added those details to give background or color, or suggest possible motives for the entire incident. The reality is it’s conjecture, supposition, and hyperbole.

If there’s something in the story that does not DIRECTLY relate the incident in question, you should pretty much ignore it while reading the article. Once you’ve finished reading, then go back and read it again – with the additional color and details the media adds. YOU decide how much weight those media additions should be given.

Right now what the media has done is strongly imply that Korryn Gaines was an insane woman with a hatred of police, who perhaps wanted to commit suicide by cop.

And a lot of people are buying it.

Also, keep in mind, there’s really no videotape of the incident – the Baltimore County police force were given body cameras last month, but they claim they’re not sure if the officers involved were Gaines death were wearing one.

Which likely means they’re going to say they’re not, but they’re trying to wait to see if anyone can refute that by supplying cell phone footage showing they were.

Which also means almost all of the facts given to the media came from the police – who have a vested interest in making themselves look good.

Did Gaines really tell a police officer, “I’m going to kill you,” causing him to fire? If we’ve learned nothing over the past few years, we have learned that police lie when it comes to their actions.

Oh, and by the way . . . it was found out Wednesday night that police didn’t just unlock the door. They lied. Court documents indicated that after they used a key to unlock the door they were confronted with the chain lock. Seeing Gaines, they told her to come forward and unlatch it. When she refused they kicked the door in.  It was only at that point that Gaines aimed her gun at them in the first place.

As she posted to her Facebook page before her account was suspended . . .
“I'm home. Tell those gang members outside door to go away from my home and family.”

So we’ve seen how the media wants us to think of Korryn Gaines, let me tell you what I think of her.

I think of her as a young African-American woman who had a son, and who was tired of all the rhetoric, the marching, and the rallying – which had up no point made her son’s survival in this 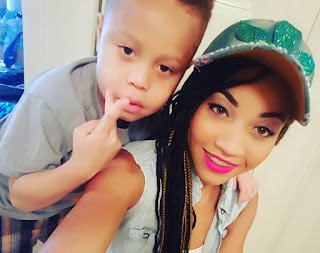 society a sure thing.  A woman who, rightfully, had issues with the way police interacted with young African-Americans and Latinos. A woman who decided it was time for her to defend her home, her family and herself with more than just words.

SHE DID NOTHING WRONG. SHE DID NOTHING ILLEGAL. You are not obligated to let the police or anyone into your home unless they have a search warrant. Not an arrest warrant.

The gun she possessed was legally obtained, and she had a license to have it in her home.

And as far as pointing a gun at the police? In the climate in which we live, if police officers kicked my door in, I would point a gun at them too – because I would be fear for my life and the lives of my family.

This is the thing you need to spread the word about among our people wherever you go. Never let them be brainwashed into thinking that whenever they take steps to see that they're in a position to defend themselves that they’re being unlawful. The only time you're being unlawful is when you break the law. It's LAWFUL to have something to DEFEND yourself.
Malcolm X

Don’t let the media or the police or anyone make her out to be a crazy fanatic or a villain.

Man, I’m calling her a proud warrior. A soldier for the cause of justice. A martyr for African-American and Latino motherhood.

And shame on you if you allow the media, the police, or anyone else, to make you see it any other way.

Posted by Karen E. Quinones Miller at 5:58 AM No comments: